Seaway 7 is pleased to announce that it has taken delivery of a new semisubmersible heavy transport vessel.  The company entered into a bareboat contract with United Faith for its new build vessel MV Xin Qun 3, renamed Seaway Swan.

Seaway Swan is a 50,000 Te DWT Heavy Transport Vessel (HTV) with an open stern and large deck free from obstructions.

This addition to Seaway 7’s world-class HTV fleet will further extend the company’s capacity to load larger and longer cargoes such as XXL monopiles, and modules that would typically need to be skidded on and off the vessel over the stern. The Seaway Swan is suitable for float-over operation projects, feeder duties alongside installation vessels, and offshore (subsea) construction support, due to its Dynamic Positioning (DP2) capabilities.

The vessel has been built by the reputable Qingdao Beihai shipyard, part of the CSSC group, with whom Seaway 7 have long-standing relations. Successful sea trials were completed at the beginning of April and all systems, functions, and capabilities are reported to be working well.  Its maiden voyage will commence later this summer when Seaway Swan will transport four large Ship-to-Ship cranes from their pick-up point in Qingdao, China to Alexandria, Egypt for discharge in September.

The vessel is registered in Norway and carries the Norwegian International Ship Register (NIS) flag. 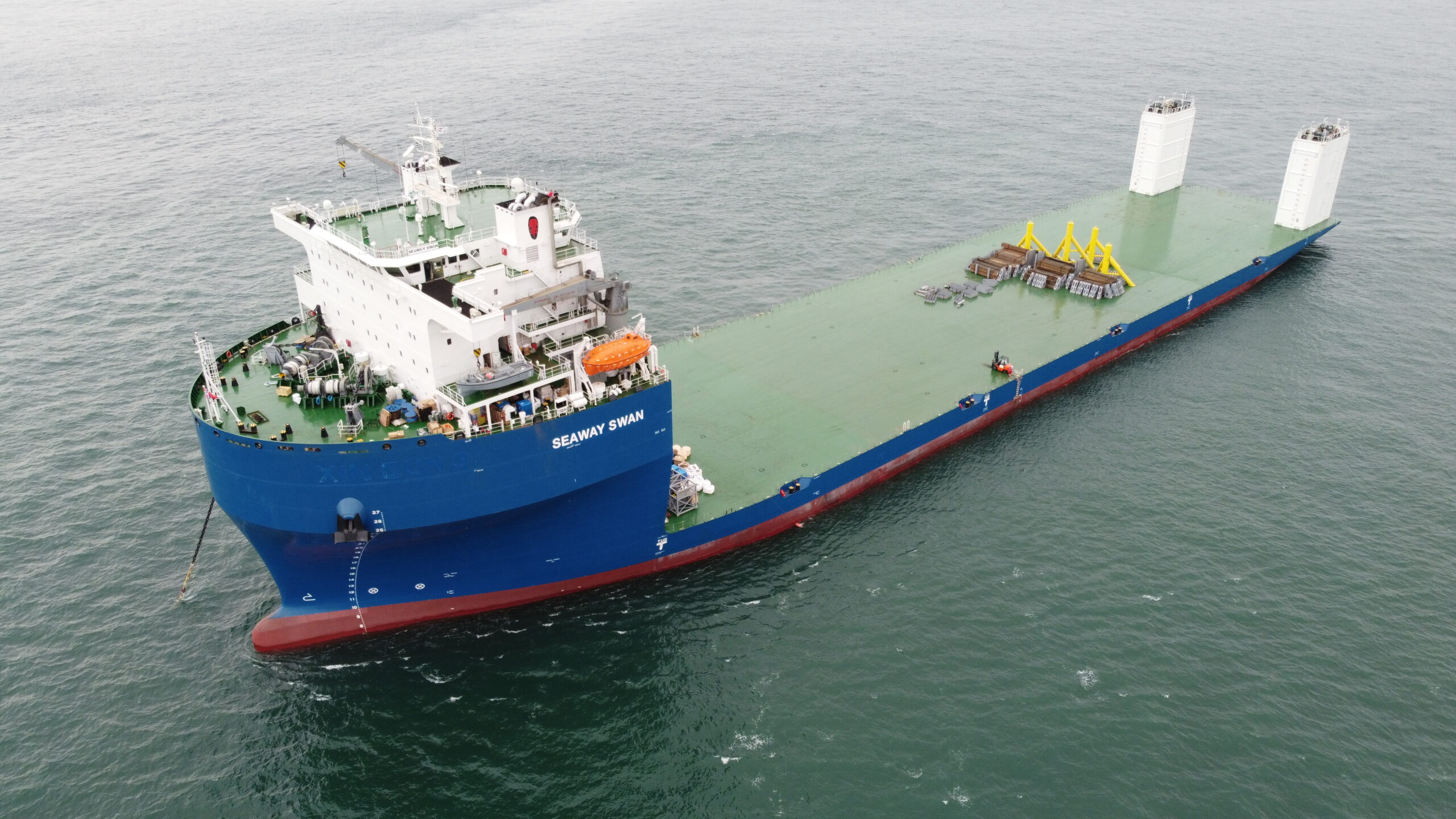 Connect with us and keep up to date with our latest news, projects, activities and stories.